Santa’s reindeer are starting to begin their annual migration away from the North Pole. After completing their mission with Santa every Christmas they stay for a brief period at the North Pole for evaluations. Once that period is over, they head back to their homelands.

There are thousands of reindeer who work for Santa, including his starting nine reindeer that the world is so familiar with – Rudolph, Dasher, Dancer, Prancer, Vixen, Comet, Cupid, Donner and Blitzen. They are called the A-Team. But there are many, many more who work hard for Santa during Operation Merry Christmas.

All reindeer, no matter their assignment, both come to and leave the North Pole every year. The North Pole is a harsh environment and the reindeer do well when they are there. But Santa feels is it not healthy for them to be at the North Pole year round and he encourages them to “return home”, wherever that might be.

Santa has reindeer ranches all over the world. There are North Pole-run reindeer ranches in Finland, Sweden, Switzerland, Canada, the United States, Bolivia, Australia, Mongolia, and even in the high mountain ranges of India.

But the reindeer only visit these far and wide locations during the year when they need to or when special requests for their services come in from the North Pole. Most of the time they return to their natural habitat and locations where they were born.

They come back sometime between the middle of August and the middle of November every year. There is never a set time. Santa just trusts them to return when he needs them at the North Pole.

Much of how the reindeer operate, especially their abilities to fly, is a tightly controlled secret at the North Pole.

We are confident they will return in the autumn months of the year. 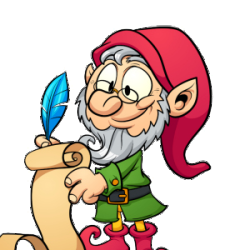 The countdown to Santa’s launch now shows that 350 days remain until that big event.

You would not know that is looking at the North Pole right now.

Santa’s workshop is dark and locked up. There is minimal staffing at North Pole Flight Command. The reindeer are lounging at Santa’s Stables and elves are busy with their own families in their own homes right now.

As is tradition, Santa declared a “mandatory” work break, which began on his return to the North Pole on Christmas morning.

Since then the North Pole has celebrated New Year’s, gathering only for a brief ceremony at Flight Command to reset the countdown clock.

Milestones in the countdown come through out the year. The 350-day marker today may, in fact, be the quietest.

As of this date no work on Santa’s new campaign has been done. No lists have been made. No goals have been set. There has been no talk of a new sleigh design, toy production quotas, tracking Santa or stuffing stockings.

That work begins next Monday, January 9th, when Santa and the elves all return to work.

Since Christmas life at the North Pole has been on holiday.

The North Pole celebrates Christmas late – only after the entire world has had their turn.

When Santa returns there are parties, concerts, sledding events and other seasonal celebrations that make up the elf Christmas. Mr. and Mrs. Claus make the rounds, enjoying the company of those who help make the world a merry place at Christmas.

During this period of time Santa refuses to talk to the media and even this little bit of news has to have his approval before we publish it. Santa makes sure we ALL get some down time right after Christmas before we begin again.

So, while this officially marks our first published news of the New Year we still have a day or two of rest and relaxation before we begin again next week.

What can you expect in the weeks and months ahead?

More news and expanded coverage of the North Pole and its efforts. Every year is a new story. Every week is another update in the countdown to Santa’s launch.

There will be chats, podcasts and interviews with important elves. We will, once again, tell the story of Santa and the North Pole.

The following areas are under bedtime advisory:

Here is an update of bedtime advisories sent by Santa direct from the sleigh:

Get North Pole News Via Email